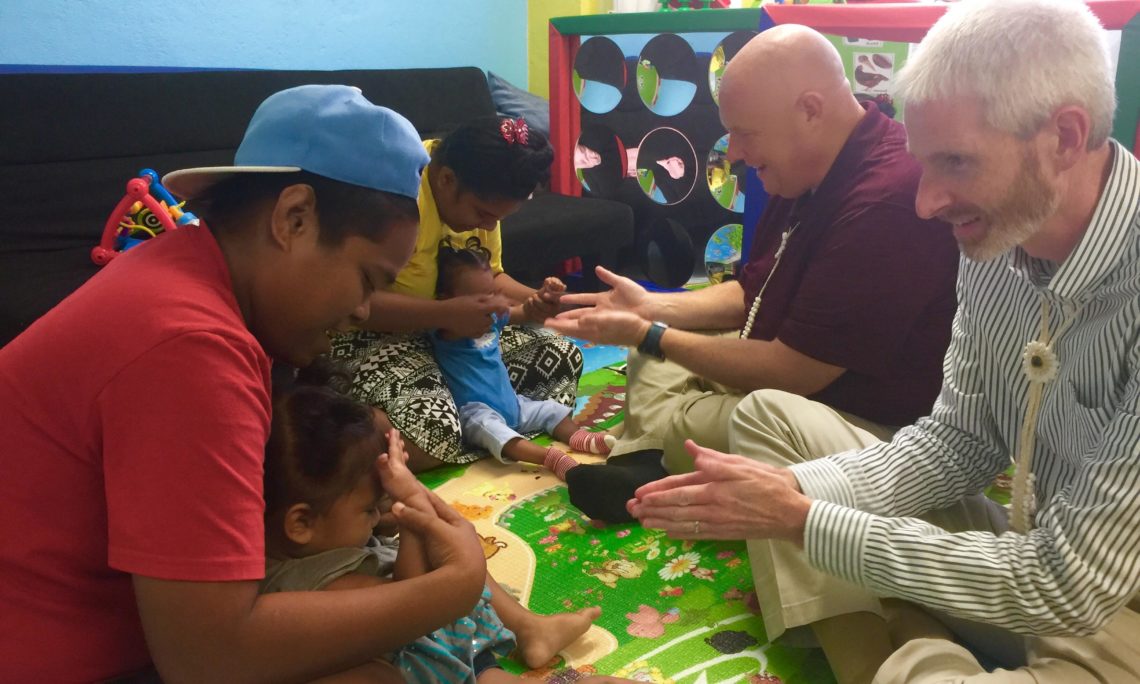 Marcus Gappney and Eric Cahill from the Center for Disease Control (CDC) Early Hearing Detection and Intervention (EHDI) team, and Ray Miner from Miner & Associates, working with the University of Hawaii, traveled from the U.S. to Ebeye and Majuro.  The visit is related to a new Cooperative Agreement, signed in July 2017, for a three-year capacity-building project.  EHDI does early hearing loss detection and intervention in infants.  According to the team, between 1 and 3 kids out of every 1000 globally are born with some form of hearing loss.  Just two days after birth, hearing loss can be detected in infants, with more testing before 3 months of age.  If successfully detected, and if intervention begins before 6 months of age, chances of developmental problems are greatly reduced.  The CDC team visited local hospitals and met with several Marshallese Government officials, including the Minister of Health and the Minister of Education.  In the photos, you can see some of their intervention sessions with children.  The team also stopped by the U.S. Embassy during their trip. Kommol tata!