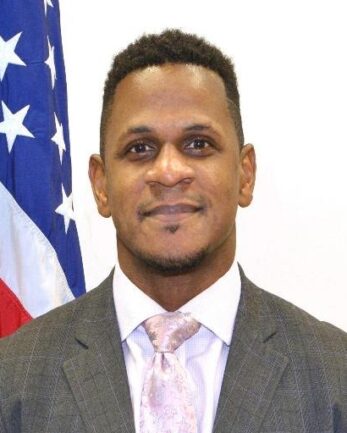 Jeremiah’s first tour of duty in the United States Foreign Service was as a consular officer in Santo Domingo, Dominican Republic and later in Santiago, Chile. In Islamabad, Pakistan, he served as the Deputy Information Officer.  While serving in DC, Jeremiah held various positions including: Special Assistant in the Bureau of International Narcotics and Law Enforcement, Special Assistant to the Under Secretary of Public Diplomacy and Public Affairs and Strategic Planning Office of the Under Secretary of Public Diplomacy and Public Affairs.  He later went on to serve as Information Officer at  the U.S. mission in Dominican Republic. He went on to then serve as Public Affairs Officer at the U.S. Embassy in Juba, South Sudan.  Prior to his current position at the U.S. Embassy in Majuro, Marshall Islands, Jeremiah held the position of Public Affairs Officer at the U.S. Embassy in Kingston. Jeremiah graduated from Morehouse College in Atlanta, GA and also studied at the University of Westminster in London, England. He received his master’s degree at the University of Maryland’s School of Public Policy/International Affairs. Jeremiah received Thomas J. Pickering Foreign Affairs and DACOR-Bacon International Affairs fellowships. He is a columnist for the Manjar Magazine (a magazine dedicated to culinary arts) and is currently putting the final touches on a book regarding his global culinary adventures.