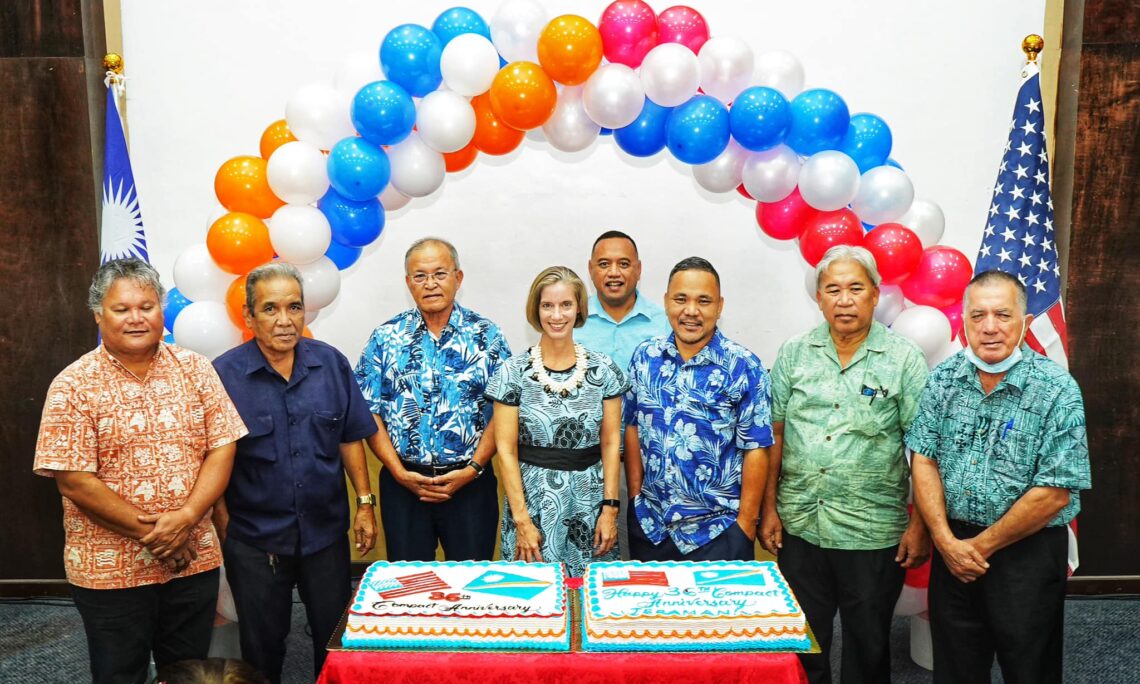 Majuro, Marshall Islands – The United States Embassy and Ministry of Foreign Affairs and Trade co-hosted the 36th anniversary of the Compact of Free Association on October 21st at the International Conference Center. In attendance were representatives from the government, diplomatic corps, private sector, and civil society. Highlights of the commemoration (held at the ICC) included remarks from U.S. Ambassador Cabral and Acting Foreign Minister Jiba Kabua along with a video sharing bilateral successes spanning the past several years of Compact related initiatives.

During the afternoon event, Ambassador Cabral emphasized the importance of the two nations mutual ties.

She expressed, “Because of our shared history and our shared values, we are motivated to address challenges and work together toward a brighter future for all of us.”

Acting Foreign Minister Jiba Kabua reflected on the legacy of the Compact and its strategic and economic importance.

“The Compact has had a profound effect on our daily lives, and we look forward to its continuation in addressing issues of concern to the people of the Marshall Islands including nuclear legacy and the existential threat of climate change. We can address these issues by working together.” said Acting Foreign Minister Jiba Kabua.

The Compact of Free Association between the Republic of the Marshall Islands and United States of America was enacted on October 21, 1986. The agreement focuses on providing resources in the areas of education, health care, infrastructure, and national security. The Compact has been a milestone of the strong relationship between the Marshall Islands and United States for more than three decades.